How Brisbane Homeowners Are Capitalizing on Airbnb Popularity

How Brisbane Homeowners Are Capitalizing on Airbnb Popularity

The growing Airbnb craze is taking Australia by storm. Who would let an opportunity to make extra money pass them by? With Airbnb management, homeowners are simply making good money by leasing or renting their properties. What is even more appealing to homeowners is the huge amount of income that they are making from this arrangement (an Airbnb host in Australia makes $4920 annually). Just imagine tripling rent per week. This is what majority of the property owners are making. To the visitors, the amount is quite friendly compared to the charges they would pay for hotels. Buy-To-Let arrangements in Sydney are also growing increasingly popular.

A majority of the homeowners are currently undertaking home renovations to take advantage of Airbnb. Paul Phillips, a Camp Hill resident has spent almost four years renovating his property to fit his expanding family. In this process, he has taken advantage of the Airbnb to build a standalone, single bedroom flat. He expects to start hosting guest from Airbnb arrangement. According to Mr. Phillip, the flat has every aspect of a one bedroom house and it has been designed with Airbnb in mind. He explains that the main reason why he decided to build this flat was to generate extra income to assist with the mortgage.

The program has been hailed by real estate in Brisbane as a niche to make extra money and a good one for that matter. According to Graya Construction proprietor Rob Gray, he advocates for an Airbnb flat’ in everyone’s renovation plans. According to him, this thing is only going to get bigger in the future. “Airbnb flat’ is the way every thing’s going”, he said. Mr. Gray notes that it is currently one of the best to make extra money for family or mortgage. According to him, everyone on Brisbane should adopt this program considering the potential that the arrangement has in this place. 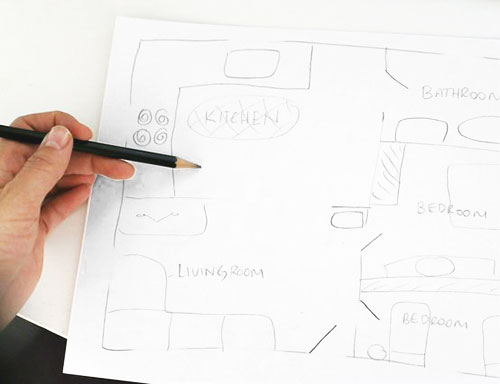 Mr. Gray also confirms that he has been designing his new Brisbane homes with Airbnb in mind. This is a practice he is planning to use more and more in his own houses. It is fetching more money compared to the common houses. One thing that many homeowners are taking into consideration is how they can give the guest their space. According to Mr. Phillips, he decided to build a standalone home with a separate entrance. This trick works for both the guest and the host. He also proposed for a separate access if the guest space is connected to your house.

Airbnb has changed the real estate industry significantly. Phillips family is selling their property so they move back to New Zealand and according to home selling agent Darcy lord, the property is drawing unprecedented attention to the sale. For the record, he has received 97 groups in only 22 days for the property. Accord to the agent, Airbnb flat popularity is expected to grow particularly with the land becoming more expensive near the city.