Buy-To-Let In Sydney – The Best Suburbs To Rent

Buy-To-Let In Sydney – The Best Suburbs To Rent

Buying with an option to rent has been a sturdy investment path for as long as property development has been around. In Sydney, choosing which suburb to invest in can be tricky, given its size, populace, and ever-changing housing market.

However, with house prices looking to be falling slightly in 2019, transforming the Australian housing market into a buyer’s market, this year could be as good a time as any to get on the property ladder, with the goal of renting out your investment.

While house prices are still high in some of Sydney’s suburbs, there are plenty of areas where a great property is entering the market at a much more reasonable rate – especially in ‘up and coming’ suburbs.

Now, if you’ve been looking for advice on where to buy your next, or first, buy-to-rent property, here’s our list of top 10 Sydney suburbs to consider. 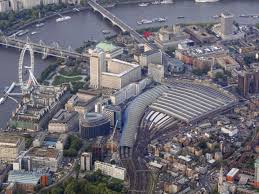 Waterloo is next to become one of Sydney’s inner-city residential hotspots. It has a variety of local stores, cafes and restaurants, and excellent public transport options. Green Square Train Station and lots of buses to the CBD and prestigious universities ensure that Waterloo is home to many who want a short daily commute to the city. It is walking distance to Moore Park and Centennial Park, and a short drive to a range of Eastern beaches, which makes it attractive to families, not to mention the availability of schools nearby. Development is constant in the area and new restaurants and shops are opening all the time. 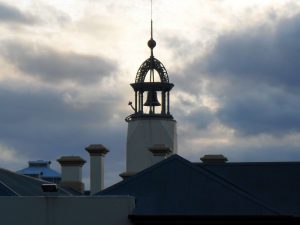 Eveleigh is known to be Australia’s Silicon Valley. Located near the hotspot Redfern, its popularity is also growing. It is anticipated that the technology and innovation project in the area will bring more jobs and start-ups to the precinct, which will increase Eveleigh’s property prices. Future apartment developments, great public transport and the Carriageworks Arts Centre in the vicinity all make it attractive to residents. A short walk away from the city, Surry Hills and Newtown makes it a draw for those working or visiting those areas. 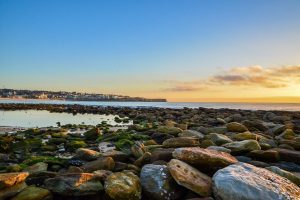 Maroubra, a beach-side suburb, is the largest suburb in the area. Maroubra Beach is incredibly popular with beginner surfers. Surely, its beach-side location is a great draw for residents enjoying a beach lifestyle.

With the proximity of Maroubra Junction, and other shopping districts, residents are spoiled for choice and only need to leave the area for work or holidays. With a poor reputation in the past with regards to youth and public housing, much has been done to make the area safe for residents. Property prices are relatively affordable in comparison with those on Sydney’s eastern beaches. The Baulkham Hills area is a great choice for families. Currently, only 20% of the suburb is rented out, which means that the market is not over-saturated for buy-to-renters. Stockland Baulkham Hills, a shopping centre in the area, ensures that residents can conveniently meet their shopping needs. Parks and nature reserves in the area, such as Bidjigal Reserve, allow residents to take nature walks often. In terms of public transport, there are direct buses to the city. The Sydney Metro Northwest rail line scheduled to open early next year will be sure to create interest in investors, as there is currently no railway station in the area. 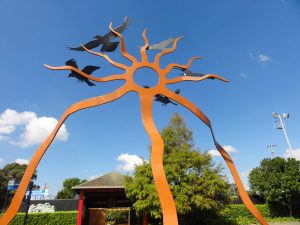 Considered part of western Sydney’s heartlands in the past, Auburn is now slowly being included in the inner west area. The boundaries that define Sydney are ever-changing with new developments constantly in progress. Auburn is a multi-cultural area and one of the most multi-cultural areas in Australia, with a high percentage of immigrants. Asian grocery stores in the area and various ethnic food are reasonably-priced. The Botanical Gardens in the area is also a huge draw for residents. Properties are cheaper than those in nearby suburbs such as Lidcombe and Strathfield. 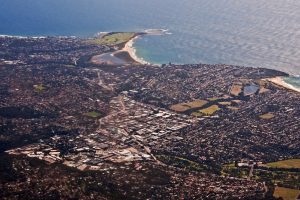 Brookvale, a precinct near the beach, is considered attractive because many people in Sydney value living near the beach. A reasonably-priced option, Brookvale homes are $150,000-$180,000 less than those in Dee Why and Allambie Heights nearby. The B-line bus network connecting residents to the city, the presence of the newly-open Northern Beaches hospital and the planned Beaches Link will all add to its attraction for renters. Further development is proposed for Brookvale, which will add a myriad of restaurants and housing opportunities to the area. Currently, the property market of the Northern Beaches has an increasing demand for homes in Brookvale. 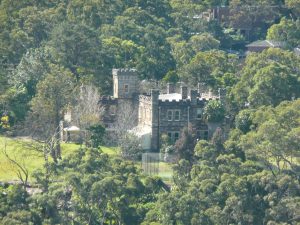 Castle Cover is a precinct on the shore of the harbour. Many properties have been purchased but some are available, at attractive locations with elevated views. A short 10km drive from the CBD and easy-access via bus makes the area more attractive to residents working in the city center. The area is very green and lacks bigger supermarkets and malls, its charm being in the forested areas surrounding the residential areas. Residents have great restaurants and grocery stores, as well as a public school and golf course. With these characteristics, Castle Cove is a great investment opportunity for your Airbnb real estate venture. 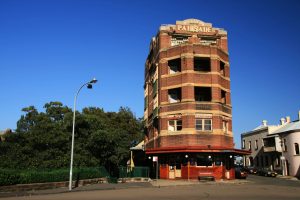 Millers Point is located in a prime location, part of the harbour’s foreshore. A quiet spot, it features heritage terraces, some of Sydney’s oldest pubs and a strong, close-knit community. Part of its major attraction is its country-style cobblestone paths and its value as a historic neighborhood. Millers Point is believed to continue to grow in popularity in the future.

A direct bus line to the Sydney CBD solidifies Breakfast Point’s draw for working residents. Another option is the ferry from Cabarita wharf, a stone’s throw away. Set on the stunning shores of Sydney harbour, the streets feature architecturally-modern homes as well as many modern apartments and residential communities. Young families find Breakfast Point attractive, partly because of its many cafes and harbourside walking tracks. Previously, most of the area was occupied by Mortlake Gasworks and far more industrial. Future development is planned for the area opposite the historic Palace Hotel.

An up-and-coming area, Riverstone is now in the early stages of development. Developments and infrastructure projects were executed in Riverstone and changes are set to continue.

Areas that used to be farmland have now been transformed into residential areas. Riverstone retains a busy industrial area on its northern side. The peak-hour train journey from Riverstone to Sydney’s city center takes approximately an hour, making it a viable home for those working in the city. Development in this suburb has been somewhat slow, but investors are playing the long game.

About to buy your first buy-to-let property? Breezybnb can help. Partner with us and we’ll help maximize returns on your investment. If you liked this post, you’ll like our Ultimate Guide to the Airbnb Investment Property.